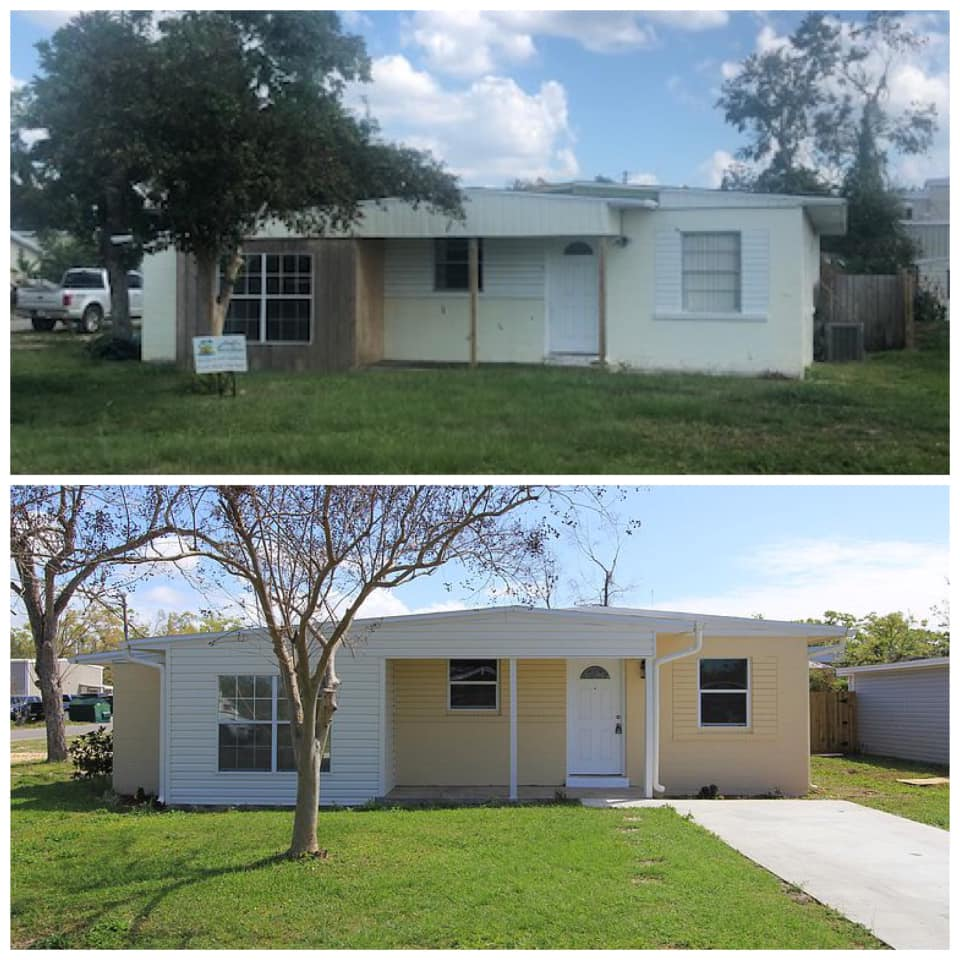 This is a prime example of why this site is not all sugar and rainbows. I am not trying to convince anyone that I am the best investor or that everything I touch is gold. This is one of my failures – but the lessons learned along the way were invaluable.

I took control of this property with a Master Lease Option (MLO). A MLO is essentially two documents combined: a lease and an opinion. The lease allowed me to operate the property almost as if I owned it already, without actually holding the title. I can rent the property, fix it up – anything as long as I don’t break the terms of the lease which were that I pay all of the expenses. So we paid the taxes, the insurance, and also the mortgage to the lien holder. However, the title stays in the seller’s name until we execute the option to purchase. Emphasis on the option. This means that if at the end of that lease term, I decide not to purchase the property, I could walk away and not have to buy it. The seller however, cannot sell the property to anyone else while that option is in play. The option establishes a set price for a predetermined date in the future, and gives us the option (there it is again) to purchase at that predetermined price by that predetermined date.

Moving on to the acquisition, I used a partner for the purchase; the same partner as my first BRRRR and also the same partner I have wholesaled with. They provided the funding and project management and I provided the deal and administrative support for the project. This project was another opportunity for me to learn the ins and outs of rehabbing properties by providing a good deal to them.

The terms of the deal were $4k as an option fee, paid $500/month directly to the lien holder, and have the option to purchase at the loan balance at the time we execute the option. When we took over the property the balance was around $74k.The seller had purchased the property on a seller financed note several months earlier, gotten injured and thus had a very large wrench thrown into her plans to fix up the house and keep it as a rental or sell it. She was motivated and $4k sounded pretty good to her after staring down the very real option of losing the property. So it worked out as a win-win and we got into the property with low down.

During the rehab we had several setbacks, as beginner rehabbers will have. The one that sticks out to me the most is that we had not only 1 flood, but multiple. We thought we had a plumbing leak and to our surprise we did not have a master shut-off valve on our side of the plumbing. Only the city valve could turn the water off coming to the house, and the city kept it locked so we could not stop the water, and of course they were lethargic in getting a utility worker to come to the house to turn off the valve. This is when we got the great news that the valve was damaged (yay) and it would take them several days to replace the value. So our whole project was held up and we had water on the floor to deal with. And more great news for us: this was after we had already laid the new vinyl plank flooring so we had to replace where water got under it.

After about a week of delays for the utility department to replace the valve and the contractor to redo the work that was already done because of the water damage, we found out that the leak was not from the plumbing. It was from the A/C unit. We wasted time, money, and effort because we did not replace the old A/C, which it was at first debatable whether or not we should replace it because we projected it had several years of useful life left. That’s lesson one. Lesson two is that we did not go visually inspect the cause of the damage when it flooded. We took the word of the contractor, and in panic mode, worked to resolve a plumbing issue that did not exist. The A/C (that we should have replaced anyway) did not have a float switch installed that would turn off the A/C if water started to build up. We found this out the second time the house flooded and we had to redo work a second time. I take this as a failure on my part, I did not do the diligence up front to evade these costly mistakes. And yes, I had partners, and yes I had a vetted contractor (who we later fired), but I take responsibility for not handling the inspection more thoroughly upfront, for not checking on the problem myself, and for not putting the right people in place for this project. These are all avoidable things, but it comes the hard way without experience sometimes. Next time though, I know to be more thorough.

Potential Profit: $15k, then down to $5k, and then it still would not sell so we converted to a rental

Rent: $1,200/month (I decided to assign the lease, which was in my name, to my partners so that they could rent it out to recoup some of their capital, and sell it when the market is not so soft)