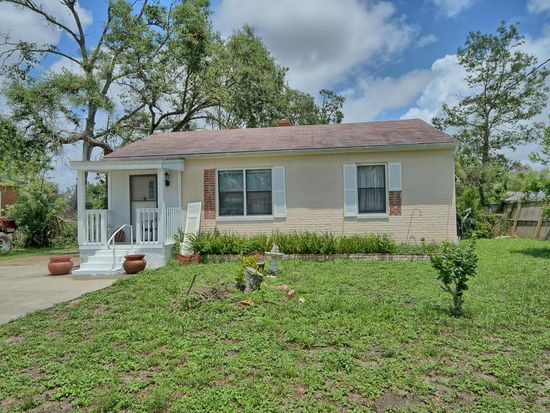 Went to Closing December 2019This is a deal I regretfully did not close on. I went as far as to show up to the closing table, I sat across from the seller at the table, I signed on the dotted line, I was one pen swoop away from closing, and yet I walked out empty handed. How in the world did that happen?

I found this deal on Zillow by searching through for houses with an extra livable space that could be turned into an extra rental unit. After the success I had renting out the guest suite in our house I knew that I could replicate that in another property with a similar setup with even better results because I could rent both the main house and guest suite. The listing was pretty poor. But what caught my eye was a little line at the bottom of the description that said the seller would finance the purchase and thought BINGO! This deal not only met my criteria, but offered favorable financing to me. I like seller financing because it is a fairly simple process, does not count against the number of mortgages one can have, and can be flexible depending on the seller’s desires. I met the listing agent at the property, who I decided to use as a transactional agent (meaning they assist the buyer and sell but only act as a third party and are not supposed to act in the financial interests of either party), and put the offer in. That was the easy part, nothing was after that.

The agent had trouble dealing with the seller, who was an elderly woman that only spoke spanish along with some broken english. It took several days to get information relayed back and forth and when it finally got back to me it was broken and hard to piece together. I thought I had talked the seller down to a more reasonable price, with 100% seller financing and a 1 year term. In actuality, the agent did such a terrible job at communicating that she told me that was acceptable while telling the seller she would be getting $15k down with a higher purchase price. The kicker is that the agent actually sent me the contract with the 100% financing terms which both the seller and I signed. Later, on the day of closing, she calls me and tells me that there is a problem with the HUD (the closing document that the title company sends out either the day of or the day before closing with all of the details). I told her it is exactly what we talked about and what we signed the contract for. Upon hearing this she started back pedaling and making excuses and saying that the seller would not go for it. She said she must have made a mistake in communicating the terms to the seller. To me the terms were very explicit, but she was such a bad agent that she did not even understand her own work. To be clear, I don’t have anything against her as a person. She was a nice woman, just a terrible real estate agent.

I did all I could to try to preserve the deal and told her to bring the seller to closing and we would figure it out. At the closing table I tried to offer slightly more down and to raise the down payment a little bit in an effort to preserve the deal. Afterall, I had come that far so I didn’t want to give up. But she was firm on wanting significantly higher and my stance was that she already agreed and signed on a price so she should honor that. This is where I learned that the agent told both of us different stories. And to me I was already going to leave some money in it if I BRRRR’d it so I was not too inclined to raise my price or down payment.

I felt this “deal” had some important lessons so I wanted to include them. My hope is that my failure to close on this deal will help someone else down to the road to be able to make it through similar issues and still get the deal. In the end I didn’t raise my price or try to go after the seller by enforcing the contract for performance because the deal was not great. It was good but in this case the juice was not worth the squeeze so I walked away. Sometimes that is the best you can do as well.